The Royal Exhibition Building in Melbourne, Australia is one of the world’s oldest remaining exhibition pavilions. Completed in 1880 to mark Melbourne’s first international exhibition, it’s still actively in use today.  In May 2018, Iron Mountain and CyArk partnered to digital preserve the UNESCO World Heritage Site.


CyArk is a nonprofit organization founded in 2003 to digitally record, archive and share the world's cultural heritage and ensure that these places continue to inspire wonder and curiosity for decades to come. Since inception CyArk has recorded over 200 monuments on all seven continents. They assist those who work to manage and preserve these sites by providing engineering drawings and detailed maps to assist in critical conservation work and active management. Copies of the scans will be preserved on data backup tapes and stored in Iron Mountain’s highly secure underground storage location in Pennsylvania. 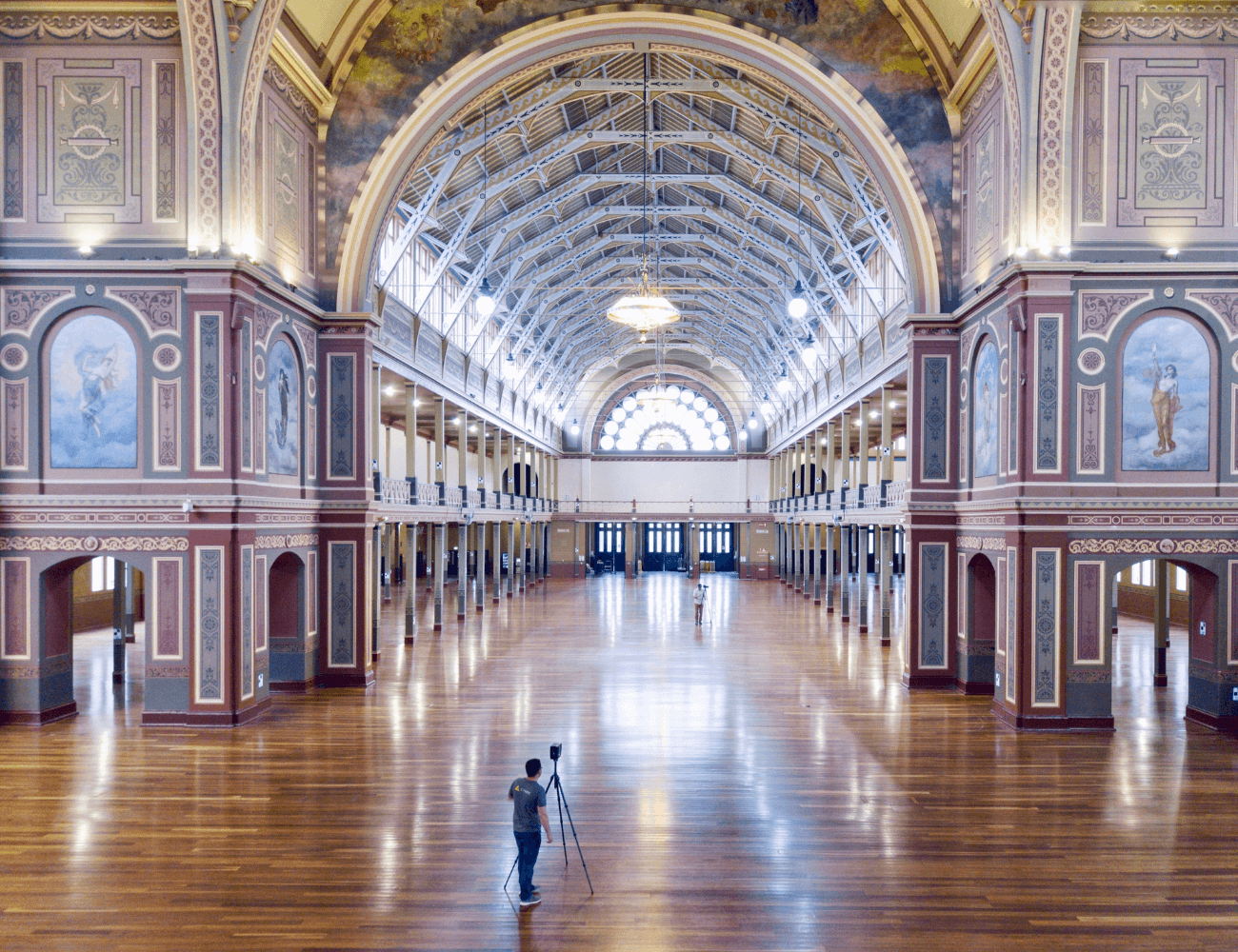 The project is the first in Australia and will ensure that this important cultural, historical and political landmark will live on digitally archived and available for generations to come as part of CyArk and Iron Mountain’s ongoing commitment to preserving world heritage sites. This is especially critical for the Royal Exhibition Building as it is about to undergo a major project to restore parts of its 30-meter high dome and promenade area for public access.

“Our support of CyArk and the digital conversation of the Royal Exhibition Building helps us preserve our community treasures, champion our business capabilities and connect with employees in a profound way,” said Greg Lever, country manager for Iron Mountain Australia. “Every day we serve as the trusted guardian for our customer’s most critical information, protecting and preserving what matters most for them. Our Living Legacy Initiative enables Iron Mountain to extend this same expertise to community partners all over the world, ensuring that our shared heritage remains protected for generations to come.”

Working with Museums Victoria, Australia’s largest public museum organization, the CyArkteam was able to utilize its digital capture process to scan the building, dome and even paintings inside using 3-D laser and photogrammetry. Once captured, the scans are then rendered by CyArk’s technology team into 3-D imagery that provides high resolution, photo-accurate and measurable drawings of the space to help inform the dome and promenade restoration project. Additionally, the 3-D data will allow the Museum Victoria team to develop virtual and augmented reality applications for the public to use during the restoration –  when scaffolding might obscure part of the building – as well as after the restoration.

“The Royal Exhibition Building is one of the last national exhibition sites of its kind and an important landmark for the people of Australia,” said John Ristevksi, CEO, CyArk. “It carries incredible cultural, historical and political significance for the country, both as a symbol of its emergence into international prominence and a monument to the age of exhibition at the beginning of the 20th century. With the completion of this project, we’re able to ensure that significance and legacy will live on for future generations.”

The Royal Exhibition Building was the site of Australia’s first Federal parliament in 1901, hosted events for the 1956 Summer Olympics, and was the first site to fly the new Australian National Flag following a six-day, national flag design competition in 1901. In 2004, the site and the surrounding Carlton Gardens became the first building in Australia granted listing as a World Heritage Site by UNESCO.